Tap or hover below to rotate the poem. 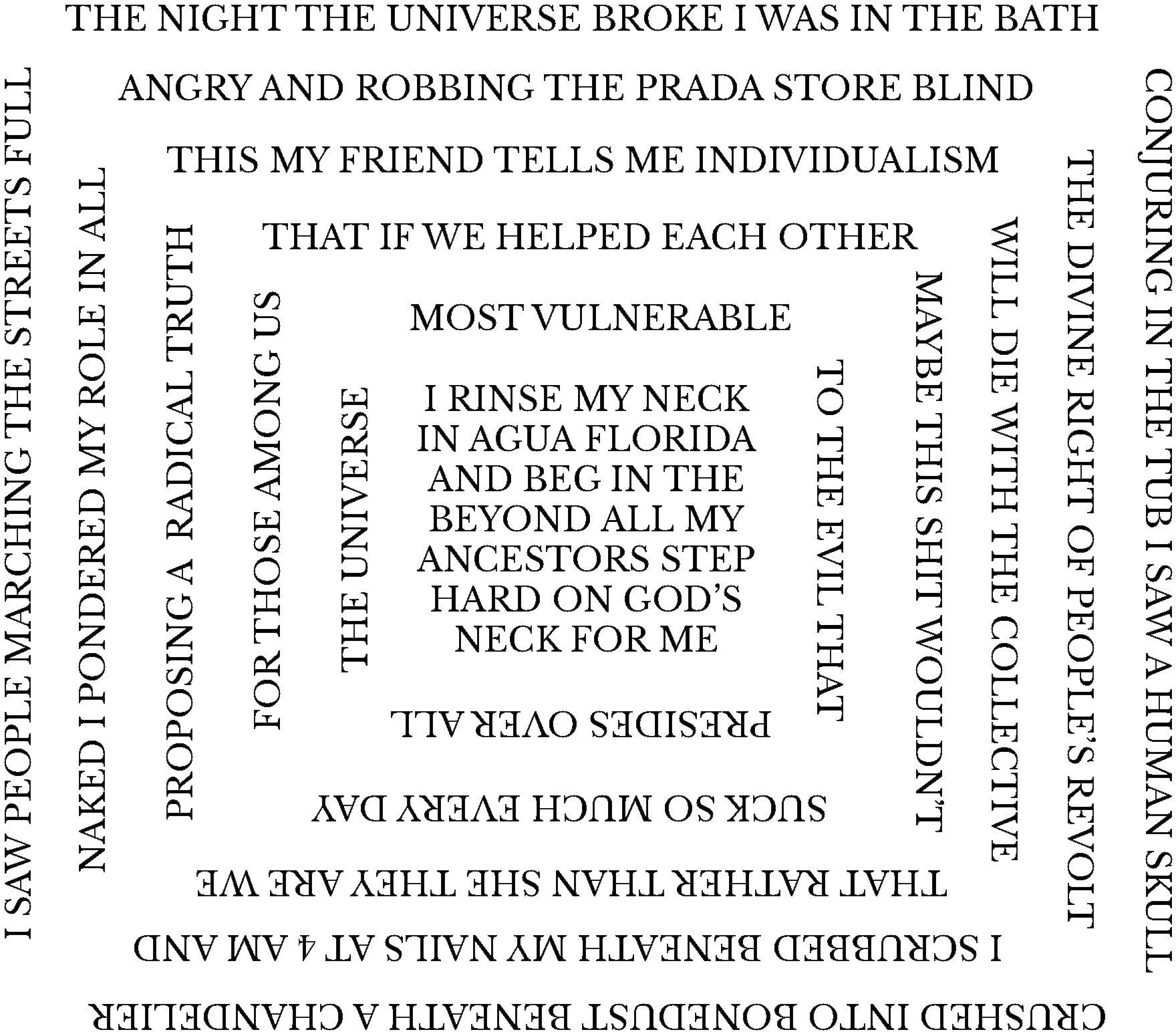 E.R. Pulgar is a Venezuelan American poet, translator, journalist, and educator based in New York City. Their criticism has appeared in i-D, Playboy, Rolling Stone, and elsewhere. Their poems have appeared in Epiphany, PANK Magazine, b l u s h, and A*N*U*S. They were selected as a finalist in the 7th Rafael Cadenas Young Poets Prize. They have designed courses for Catapult, Craig Newmark Graduate School of Journalism at CUNY, and the New York Public Library. They have taught in The U.S. and Greece, and hold an MFA in poetry and translation from Columbia University, where they were a Lenfest Fellow.

“Sonnet of Power” and other poems